“The hypertelescope blends into the mountain and makes body with it”

The Hypertelescope prototype is being developed since the summer of 2011 in the Alpes de Haute Provence near Barcelonnette. The site of the Valley of the Moutiere, chosen for its astronomical qualities, is submitted on his side North to the regulations of the National Office of forests and on its south side to the National Park of Mercantour (PNM).

Permitted by a decision of the PNM, this ‘experimental device of astronomical observations’ facilities is particularly respectful of the environment:

– The Hypertelescope dilute mirror consists of small spaced mirrors positioned on collapsible tripods. There is no permanent installation at the site, unlike large existing or planned telescopes including the giant monobloc mirrors requiring thousands of tonnes of concrete and very large metallic infrastructures.

-The ancillary installations (computers, electronic, small workshop, shelter from the elements) are housed in a tent tipi mounted on a wooden observation platform during observations and dismounted off season.

-The energy required for the operation of the entire system is produced by solar panels.

-According to the regulations of the PNM, no trail access is created. Flora, fauna and biodiversity are respected.

-The presence of the Hypertelescope on-site team members contribute to the observation of birds, especially to that of the recently reintroduced bearded vulture. 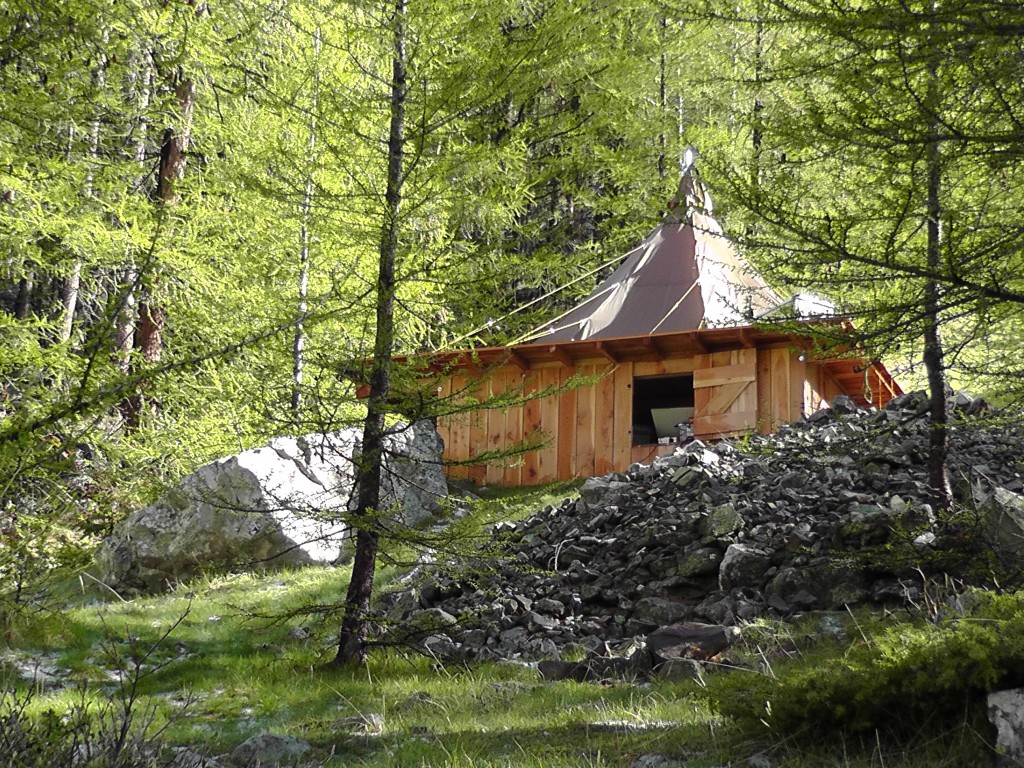 The Tepee team laboratory installed on the site of the Moutiere

Visit the web site of the National Office of forests

Visit the web site of the National Park of Mercantour (PNM).